In the production phase it becomes necessary to give each individual contributor the time to create their part of the film. As such, we need to abandon a strictly co-creative approach during the final weeks of the module. Nonetheless we consider it important to include several intermediary moments where students can give feedback on each other’s work. We identified at least two benefits of such an approach: 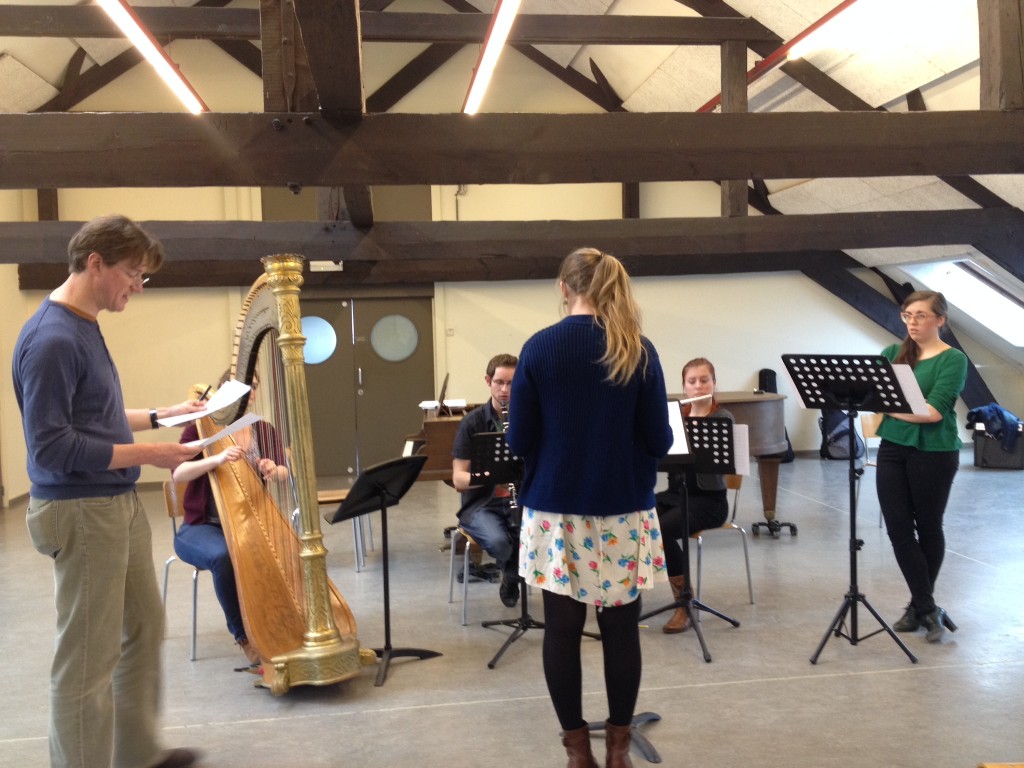 It is highly motivating for animation film students to witness one or a few sessions of rehearsal and registration of the music. The score becomes more tangible to them and the creative decisions of the composer become directly visible. In a similar way it is a valuable learning experience for music composers to witness how an animatic is elaborated into moving visuals. Once the immersive potential of the collaborator’s work becomes clear, students are motivated to do the best they can, in order not to become a weak link in the production chain.

Finally, the audio mix constitutes a phase that can be considered as highly co-creative. Students in music composition and animation film direction have in previous years had introductory classes in audio mixing. The final audio mix entails, thus, a return to familiar territory for both. We observed that often a lot of discussion takes place, not only among students but also between students and teachers. The final product becomes very tangible at this stage, and as a result the question whether (or not) the concept has been successfully implemented becomes imminent.